You find yourself glancing at the calendar and the clock with a slight sense of panic. So much to do and the days are rushing by. Busyness blinds you to the presence and the present of the Present. Decorating. Shopping. Wrapping. Mailing. Visiting. Hosting.

You find yourself constantly wondering just how much Christmas you can afford. You feel as if you dare not shut off your mental calculator and the joys of the season are clouded by the Ghost of Bills yet to come. Every gift becomes a bit of addition which, in turn, becomes an anxious subtraction.

You find yourself lost in a lonely daydream as the Ghost of Christmas Past fills your thoughts with scenes of happier holidays from days gone by. An old familiar song reminds you of friends and family no longer near at hand and your heart aches more than just a little.

You find yourself simply feeling as if something is missing, as if you’re forgetting something, as if there must be something more.

Five candles. Three blue and one pink for Advent. One white for Christmas.

First, ignite the flame of Hope, the Prophecy Candle. Let this flame remind you that God’s promises not only echo through the past but draw us toward the future. Let the light remind you that just as a feather will rise naturally above the heat of a single flame, so you, too, can be lifted without effort by the Spirit that warms and enlightens us all.

Then light the flame of Joy, the candle of a different color, the Shepherd’s Candle. Sing the old familiar songs of Joy and surround yourself with light and music. Dance with the Ghosts of your past and know that they are very much alive in your memories and in the presence of God. Watch the old movies, taste the old, familiar flavors. Let this light rekindle your senses and remind you that this song of Joy is eternal.

Now light the flame of Love, the Angels Candle. Let this light bring equilibrium to these days of celebration. Let it guide you through the maze of these impacted days. Let the flame of Love burn a pathway through the adiaphorous clutter. Let its warmth empower you to embrace the days. Swallow its light whole so that it shines through you.

Finally, sit in the presence of the light of Christ. Let the Candle of Christmas remind you that the most humble child born in the most unlikely circumstances bears the image and likeness of the Maker of Us All. Let it remind you that the thing that has been missing in our lives, the object of our unsettled yearning, is not a thing or an object at all, but the very Source of our Hope, Peace, Joy and Love. 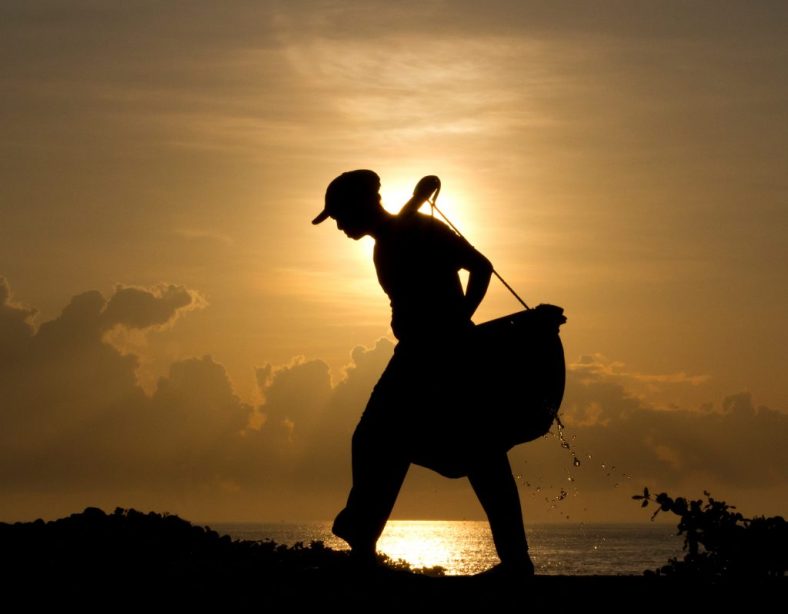 So how’s it going for you?  Are you getting a good handle on life in 2020?  How are your stress levels?  I mean, I know Jesus told us not to worry (Matthew 6, Luke 12), but sweet Lord, have you looked at 2020?  So far we have had a pandemic that looks like it’s going to be around for quite a while, we’ve had an economic collapse, and recovery doesn’t seem to be looking all that imminent, the stock market is bouncing up and down like a yo-yo,  ongoing civil unrest and demonstrations for racial justice have rocked our cities and spread across the globe, we’ve seen increasing political polarization as the election draws closer, we’ve stumbled through botched primary elections— All things considered, there’s more than a little to be stressed about.  Even nature seems to be in on the conspiracy of turmoil.  We’ve had record high temperatures in Siberia, Sahara dust storms landing on the American South, we’ve got Murder Hornets showing up in the Pacific Northwest, and now they’re warning that alligators in Florida may be more aggressive because of crystal meth that’s been flushed down the toilets.  Oh, also there’s a newly discovered species of shark in the Australian archipelago that can walk on its fins and briefly leave the water.  Fun times.

So, in light of all that, how’s it going for you?

Do you know what fine stands for?  F.I.N.E.  Frazzled, Insecure, Neurotic and Emotional.  FINE.  Thank you to Pastor Kevin Mohr for that useful definition.

Frazzled, Insecure, Neurotic and Emotional.  Yep.  I think we’re all just FINE.  And we’ve been FINE since even before the pandemic.  It’s no wonder that the world has developed so many coping mechanisms for reducing stress.

Aside from guided meditation and mindful breathing and prayer (remember prayer?), here are a few of my favorites.

Then Itaru had an idea.  At the top of that hill where they had had so many long conversations, he built a white phone booth out of wood and glass.  Inside the booth he installed a chair and an old rotary-dial phone that wasn’t connected to anything.  Whenever he felt the need, he would hike up to the phone booth and dial his cousin’s number on what he called kaze no denwa, the Wind Phone, because his words to his cousin would be carried on the wind.

About a year after he had built the Wind Phone, the town of Otsuchi and that whole region were hit by a triple calamity, an earthquake, followed by a tsunami, followed by a nuclear meltdown.  More than 10% of the population of Otsuchi was lost.  A few of Itaru’s friends who knew about the Wind Phone began to ask if they could use it, too, and it wasn’t long until a steady stream of visitors began to make their way up the hill to dial the numbers of their lost loved ones so they could speak to them on the wind, to say the things left unsaid, to make confessions, to just chat about things, or to simply say one more time, ‘I love you.’  Before long, people were not only coming from all over Japan, but from distant parts of the world to deal with the stress of their grief by speaking to the departed on the Wind Phone.

According to Rob Bell, when a rabbi in ancient Judea recruited a bright young student to be his disciple, he would drape his stole over the student’ shoulders and say, “Take my yoke upon you and follow me.” If the student was willing to be that rabbi’s disciple and learn his way of interpreting scripture, he would reply, “I take your yoke upon me.”  From that moment he would be a disciple and, for all intents and purposes, a slave to the rabbi in hopes that he, too, might someday become a rabbi.  The disciple would prepare the rabbi’s meals, run his errands, prepare his writing materials, serve as his bodyguard, and carry his belongings when he traveled.  It was no easy thing.  It was a kind of voluntary slavery.

“Come to me, all you that are weary and are carrying heavy burdens, and I will give you rest,” says Jesus.  “Take my yoke upon you, and learn from me; for I am gentle and humble in heart, and you will find rest for your souls.  For my yoke is easy, and my burden is light.”

Honestly, I think sometimes we misunderstand what Jesus is telling us here.  I have frequently heard people refer to this saying of Jesus as if he is offering to solve all their problems.  But I just don’t see Jesus volunteering to be our panacea or our get out of jail free card.  I do believe, however, that we can take him at his word.

He is making the invitation to discipleship.  But he is not making us his slaves. He is offering us an alternative way of life, a more peaceful way.  He is offering to teach us his understanding not only of scripture but of God and he has only one interpretive principle: Love.  Love God, love your neighbor, love yourself.

We can lay our burdens down at the feet of Jesus and rest.  We can shake off whatever yokes we’ve been laboring under and take up his gentler, easier, lighter yoke as an act of love.

We can put down the burden of striving for status because Jesus has told us that we are children of God, and there is no status in heaven or earth higher than that.

We can stop striving to be visible, to be admired, because Jesus has told us that God sees us and knows us and has given us the kingdom.

We can shake off the yoke of perpetual penance because in Christ we have endless grace so that we can go about the business of restoring relationships and building new ones.

We can lay down our addiction to stress.  We can rest in Christ. We can take the yoke of Christ upon us and find rest for our souls.