For this is how God loved the world—all of it, everything: God gave God’s unique son so that everyone who trusts into him need not be destroyed but may have eternal life. For God did not send this son into the world to judge the world, but so that the world might be made whole through him. – John 3:16-17 (my translation)

So how does it sound to you, this word about the Word in different words?  Does “trust into him” make you pause?  Before you mentally substituted the more familiar “believe in him” did you stop to think about the difference?  What do you mean when you say “believe?”  Is there a difference between believing as intellectual affirmation versus trusting?  Can you believe in someone but still not trust them with your life?  What’s the difference between in and into?  Subtle, that one.  But doesn’t in sound more like stasis, something settled, while into is more of an ongoing process?  Why do so many translations say condemn when the Greek word most frequently means to judge.  True, it can mean condemn, but why leap to that?  Oh, and saved.  Such an interesting, interesting word.  Sozo in Greek.  It can mean to be rescued, to be made safe, to be removed from danger, but its oldest meaning is to be healed, to be made whole.

So how do you prefer to hear it?  Heard one way it can be about God’s plan for fire insurance of the eternal kind. Heard another way it can be a message about God’s intervention to heal this world, all of us and everything else.  Which translation speaks to you?

“Love one another as I have loved you,” says Jesus, later in the Gospel of John.  He makes it a commandment of all things.  Really loving each other involves learning to really hear each other and see each other. David Augsburger wrote, “Being heard is so close to being loved that for the average person, they are almost indistinguishable.” To love you, I need to hear you.  To love me, you need to hear me.  We need to translate each other accurately.  To do that we each need to know something about how the other person is translating the world and interpreting their experience.

We are not looking at the world through the same eyes or hearing it through the same ears, but if, when we disagree, we stop to ask why we are seeing and hearing things so differently—if we take the first step in translating each other—then we’re taking the first steps in loving each other.  If nothing else, paying close attention to those around us can teach us all kinds of interesting things, even when they are not being particularly relational. “I learned silence from the talkative and tolerance from the intolerant and kindness from the unkind,” wrote Khalil Gibran.  And that’s love, too.

After your feet have been washed
and the perfect meal’s been served
and all has been said that need saying,
will you be staying?

Thursdays are so busy.
There’s still so much we must get through.
But tomorrow will be worse,
so may your host make one request of you?

I know a little garden
up on a hillside, set apart,
where we can share all our troubles,
heart to heart.

I know it’s late.  You’re tired.
Frankly, so am I.
But tonight I need your moral support
because tomorrow there’s a harder hill to climb.

After your feet have been washed
and the perfect meal’s been served
and all has been said that needs saying,
will you be staying–
will you be praying
with me
for just a little while? 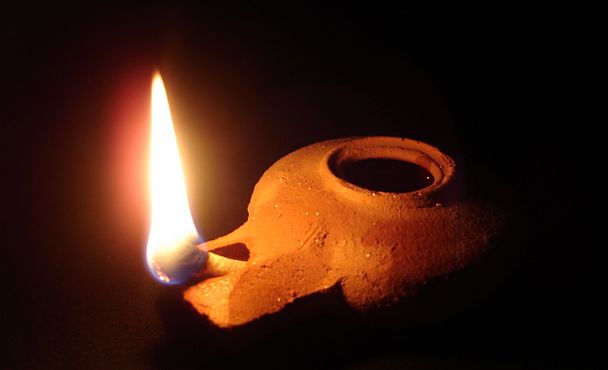 Every God-breathed writing is also useful for teaching, for reproach, for correction and restoration, and for instruction in righteousness and justice so that the person of God may be completely equipped for every good work. – 2 Timothy 3:16, (my translation)

“I have my own Bible and I can read it myself,” said the man, a little heatedly. “I don’t need anybody to tell me what it says.” Much as I wanted to respond, I knew it wasn’t the right moment. That discussion would have to wait for a calmer time. Besides, I knew exactly how he felt. I remember feeling that way, too.

When I first went to seminary I thought I was pretty darn well prepared, at least in the important qualification of Knowing My Bible. In 1980 I had worked as a line producer on the team that recorded and produced Zondervan’s NIV translation of The Bible for distribution on cassette. We would start recording the narrator at 6:00 a.m. Mid-day I would edit the tapes, cutting out mistakes and outtakes. In mid-afternoon we often recorded actors from the South Coast Repertory Theater voicing different characters in the text. I did some of the voice work, too. In the evening, more editing, then mixing with sound effects and music. Often we worked until midnight. Many nights I simply slept at the studio so I could start the cycle all over again at 6 the next morning. For nine months I was utterly immersed in the Bible. Genesis through Revelation. So when I entered seminary in the fall of 1992, I Knew My Bible.

I knew my Bible. Well, I knew that Bible, the NIV—and that was what set me up for my first shock in my first class on my first day at seminary. We were required to used a different translation! We were required to use the NRSV as our primary Bible, but also to use it in reference to other selected translations, commentaries and lexical materials. Not only that, but, at least in Dr. Victor Gold’s Old Testament class, the NIV was specifically NOT allowed. This did not sit well with me. When I asked why, he stated that there were several reasons and that he hoped that by the time I completed his class I would be able to answer that question for myself. Then he picked up my copy of the NIV from my desk, thumbed through a few pages and read from the forward, “One of the goals of this translation team was to adhere as strictly as possible to the traditional interpretation of the text.” The traditional interpretation of the text. “That’s code,” he said, “for the King James Version, and the King James, for all its poetic grandeur, is in many respects a very poor translation of the original texts.”

I thought I knew my Bible. I thought I could read it myself and didn’t really need anyone to tell me what it said. I was just beginning to learn how little I really knew. It was more than uncomfortable. Sometimes I felt something akin to anger as this thing I loved so much, this hard-won familiarity with the text in which I had taken so much pride and in which I had found some necessary self-assurance as I embarked on this adventure in seminary education was dismantled piece by piece to reveal a chasm of ignorance.

Thank God for my professors, my teachers, who managed to humble me without humiliating me so that they could spark a hunger for a deeper knowledge and more complex and meaningful relationship with the Bible and, more importantly, the God we encounter in its pages. Thank God for Bob Smith and Everett Kalin who taught us to read and translate the ancient Koine Greek of the New Testament and opened our eyes to myriad translation choices that must be made in doing so. Thank God, even, for curmudgeonly Victor Gold who set a very high bar for exegesis of the Old Testament, demanding that we understand the cultural context in which the texts were written, requiring us to compare translations and textual variants, and requiring us to compare the Hebrew stories to analogous stories from the ancient writings of the other neighboring ancient cultures. Thank God for Martha Ellen Stortz who boggled our minds in Church History with an overview of the astonishing diversity of beliefs that fell under the label of “Christian” in its first four centuries before Orthodoxy was officially established by imperial edict. Thank God for all of them for teaching us that The Bible, as such, didn’t even exist until Constantine ordered Eusebius to arrange production of 50 copies, and that, even then, the question of which books were in and which were out would not be “officially” closed for another 12 centuries and is, in fact, still an open question when different denominations and traditions discuss the matter. Thank God for Timothy Lull, that giant of a Luther scholar who helped us put all these pieces together in the context of Martin Luther’s writings, theology and interpretive paradigms. Thank God for Ted Peters, the systematic theologian, who opened our eyes to the ways that these sacred texts have created divergent theological rivers through history and are still branching new streams today because different people in different places living in different circumstances will hear the same text in very different ways—and God is speaking through all of them. Thank God for Gary Pence, the thoughtfully good-natured classics scholar/theologian/psychologist who helped keep our heads from exploding and steered our angst into what would eventually become deep pastoral channels. Thank God for all of them for reminding us, repeatedly, that this book we cherish and carry with us, this book which has quite literally shaped our world—this book is not a book at all, but a library, an aggregation of ancient pieces written at diverse times over a period of 3000 years by more than 40 authors in at least 3 languages—a collection of history, folk tales, poetry, laws and prophetic oracles that portray how these ancient peoples experienced God so that we can have some context for our own experience of God.

I have my own Bible. I can read it for myself. But oh, how much richer I am because I have learned to read it with others. And I still need others to help me discern more fully what it is saying. Thank God for those who have read with me, who taught me to read more deeply, who teach me still.

Each will be like a hiding place from the wind, a covert from the tempest, like streams of water in a dry place, like the shade of a great rock in a weary land. Then the eyes of those who have sight will not be closed, and the ears of those who have hearing will listen. –Isaiah 32.2-3

So…with whom are you reading your Bible?