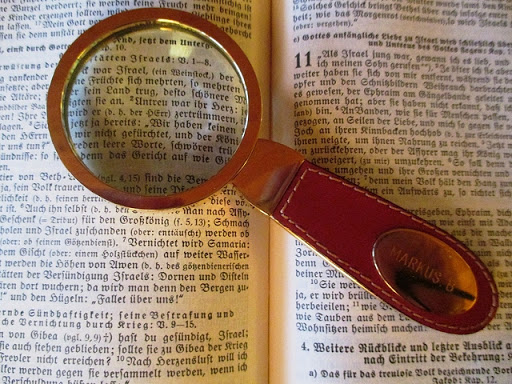 But this is when the lawyer really begins to answer the second part of the question “How do you read it?” because this is where he starts to look for wiggle room.  Wanting to justify himself, Luke tells us, he asks, “But who is my neighbor?”  And that’s what prompts Jesus to tell the parable of the Assaulted Traveler. You know it by another name.  But I’ll come back to that.

A man was travelling from Jerusalem down to Jericho, said Jesus, when he was set upon by bandits who stripped him and beat him and went away, leaving him half dead.  A little while later a priest comes along, sees the unfortunate man, but passes by and does nothing for him.  Not long after that a Levite comes by, a man dedicated to serving God.  He also sees the assaulted traveler bleeding, bruised and naked at the side of the road, but he, too, passes by and does nothing to help.  Fortunately,  right after that a Samaritan happens along.  He takes pity on the man.  Gives him first aid, takes him to a nearby inn, gives the innkeeper two days wages to care for the man, and promises to pay for any additional expenses on his way back.

After telling this story, Jesus asks the lawyer, “Which of these three was a neighbor to the man who fell into the hands of the bandits?”  “The one who showed mercy,” said the lawyer.  “You go and do likewise,” said Jesus.

You know this story well.  You have a familiar name for it.  But I gave you a different name for it.  I did that because the name we usually call it, “The Good Samaritan” carries a boatload of interpretive baggage.

When Jesus tells this story he is on his way to Jerusalem.  He is still in the countryside.  To the people in the countryside, bandits were not necessarily bad guys.  Because of economically oppressive systems inflicted by Rome and the heavy tithe system from the religious structure represented by priests and pharisees, and limited labor opportunities, many men turned to highway robbery.  Those listening to Jesus tell this story probably assumed that the man who was assaulted and left for dead was a rich merchant—bandits wouldn’t rob poor people, no money in it—and rich merchants were not trusted.  The common people in Jesus’ time had a world view of limited good; if someone was well off it was almost certainly at someone else’s expense.  Bandits tended to even the scales.

So bandits robbing a merchant—not shocking.  But a priest and Levite walking by and doing nothing?  That’s shocking.  These are men who have an obligation to help according to Torah.  Actually, according to Torah, anyone who can should help.  Most shocking of all, though, is that the person who does stop to help is a Samaritan.

I wonder if we can really understand how much Judeans hated Samaritans.  I suppose I could give some examples, but I would surely offend someone.  And that’s the point.  The people listening to Jesus, including the lawyer, would have been greatly offended that the Samaritan was the hero of the story.  The mutual hatred between Jews and Samaritans had deep historical roots.  When Jesus asks, “who was the neighbor?” the lawyer can’t bring himself to say the word Samaritan.  He simply says, “The one who showed mercy.”

This is an anit-racist story, pure and simple. When the lawyer asks Jesus, “But who is my neighbor?” he’s really asking “who is it okay for me to hate?”  So Jesus tells him a story where the hero is a person he is going to be automatically inclined to disregard and disrespect.  In the end, it turns out that the long answer to his original question of how can one inherit eternal life turns out to be, “Love God, love your neighbor as you love yourself, and that means you can’t be a racist.”

We call this episode “The Parable of the Good Samaritan.”  Earlier I called it “The Parable of the Assaulted Traveler.”  What if I called it “The Encounter With A Racist Lawyer”?  Changing the title can change the way you read it or hear it.  It can shift the focus.  In the same way, learning more of the background information can change the way you understand the story.  We’ve always heard it as a story about helping those in need—and it certainly contains that element—but it’s really a story about racism.

How do you read it?  This is such an important question for us to ask ourselves about the scriptures, about the news we’re reading and watching, and about life.